Summary: You don’t get too much help from the IRS when it comes to medical deductions, unless the costs are substantial. But there are some quirks that can help. Click through to make sure you don’t leave anything on the table.

Taxpayers who claim their standard deduction amounts can’t deduct their medical costs. Only if they itemize on Form 1040’s Schedule A are they able to deduct such costs. Also, their expenses have to be for bills that aren’t covered by insurance, reimbursed by employers or otherwise satisfied. So says Julian Block, an attorney and former IRS special agent.

The big hurdle: The expenditures have to be sizable. They’re deductible only to the extent that their total in any one year exceeds 7.5% of adjusted gross income.

More important, amid all the nitpicky rules, taxpayers often overlook a key notion: Deductible expenditures include more than just outlays for doctors, hospitals, eyeglasses, hearing aids, insurance premiums and the like. They’re also entitled to claim payments for medically mandated home improvements, as well as the installation of special equipment or facilities in their houses. 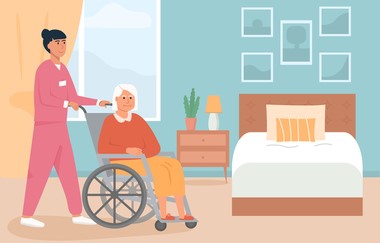 That doesn’t mean, however, that they’re able to deduct all of their payments for equipment or improvements. Those kinds of payments are allowable only to the extent that they exceed increases in the value of their homes.

An example: Consider “Cora,” who has an asthmatic daughter. An allergist advises Cora to install an air-cleaning system and other kinds of equipment that wind up costing $20,000. The improvements result in an increase of $15,000 in home value. With those numbers, her allowable deduction dwindles to only $5,000.

Other examples of improvements or equipment that readily pass IRS muster are elevators or bathrooms on lower floors that make things easier for persons who are arthritic or have heart conditions. More liberal rules apply when doctor-recommended improvements are made by tenants to rental properties — for instance, wheelchair ramps.

It’s OK for renters to claim all their costs because the improvements don’t boost the value of a dwelling they own. Whether individuals are owners or renters, their deductibles include all their payments for detachable equipment, such as window air conditioners that relieve medical problems.

The IRS is willing to cut Cora some slack if she is unable to deduct outlays for improvements because they don’t exceed the increase in the value of her home. She still can deduct payments for operating and maintaining equipment. Such expenses might include electricity, repairs and service contracts, as long as the equipment remains medically necessary.

If you’re hit with unusual medical expenses, go directly to a tax professional for help.

What To Do About Talent Shortages Home Office Deductions: More Complex Than They Seem

Tax and Timing for Medical Expenses

How To Make Use of Annuities