Summary: Many homeowners sell their houses at a profit, which raises questions about taxation. Fortunately, the IRS gives breaks on these profits. Click through to learn about some hidden details that can save you a lot of money.

The tax code authorizes “exclusions” that allow home sellers to completely sidestep federal and state income taxes on sizable portions of their profits when they unload their principal residences. The profit exclusions are as much as $500,000 for married couples who file joint returns and $250,000 for single filers and couples who file separate returns. So says Julian Block, an attorney and former IRS special agent. 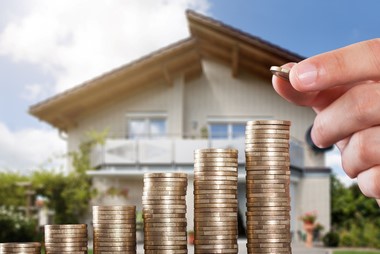 The law allows a seller we’ll call “Louise” to qualify for the exclusion only if she satisfies two requirements:

An accommodating Internal Revenue Service cuts Louise some slack on the two years that she occupies the home. The two years don’t have to be consecutive; they can actually be off and on for a total of two full years.

What about short temporary absences for vacations or other seasonal absences? No problem, says the IRS. It’s OK for Louise to count them as periods of owner use. This holds true even if she rents out the property during the absences.

The IRS doesn’t limit exclusions to sales of conventional single-family homes. It considers Louise’s principal residence to be any of the following:

Another plus: The location of her principal residence doesn’t matter. It can be outside the U.S.

Partial profit exclusions. Suppose Louise sells another home within the previous two years or fails to satisfy the ownership and use requirements; all is not lost. She may be able to claim a partial exclusion.

Primary reasons for sales. The IRS permits sellers to avail themselves of reduced exclusions only when the primary reasons are health problems (for example, if Louise moves to a new school district for her special-needs child); changes in employment; or certain unforeseen circumstances, broadly defined to include divorces or legal separations, or natural or man-made disasters that cause residential damage — floods, for example.

The bottom line? Don’t make assumptions about what you may or may not be allowed to deduct. Work with a tax professional to make sure you get everything you’re entitled to claim.

How To Divide Possessions Among Heirs How to Rightsize Your Company

Intro to the Accounts Payable Process